Google Chrome is a great browser. It is by far the most popular web browser in the world. One of the best features of Chrome is that you can add-on new features by installing Chrome extensions. There are thousands of different Chrome extensions out there doing all manner of task from blocking ads to remembering your password.

Google Chrome Download Google Chrome ►
Chrome is a young, fast browser that can browse any web page. It supports all major technologies and standards such as HTML5 and Flash.

Not only is there no Chrome Web Store on Android, but the Android version of Chrome also doesn’t support extensions at all. Fortunately, however, Google developed Chrome as a part of its Chromium Open-Source project. This means that the code that built Chrome is available for other developers to use to build their own web browsers. Lots of developers have done so, creating Chrome-like browsers that offer different features to the main Chrome browser. Crucially, some of these Chromium-based browsers are compatible with Google Chrome extensions and some of them even work on mobile too. 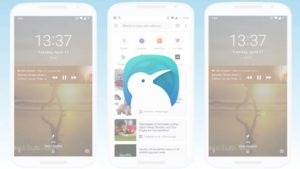 The first browser that will allow you to use Chrome browser extensions on Android is Kiwi Browser. Kiwi Browser for Android has some very cool features like a built-in pop-up blocker and ad-blocking features and security boosting crypto-mining blocker, which will stop hackers from hijacking your phone and using it to mine crypto-coins. Kiwi can also play YouTube videos in the background, which you can’t do on Chrome. We’re here for the extensions though, so let’s look at how to install Chrome extensions on an Android browser.

To install Chrome extensions on Kiwi for Android you need to download Kiwi Browser. Then open Kiwi browser and type “Chrome://extensions” in the address bar. Select developer mode and then enable Desktop Mode and go to the Chrome Web Store by typing chrome.google.com/webstore into the address bar.

If you follow the above instructions, you should then be able to search for Chrome Extensions on your Android mobile just as you would on Chrome for desktop. Once you’ve found the extensions you’re looking for, all you have to do is install them as you normally would and you’re good to go. The only catch here is that you then need to use Kiwi Browser instead of Chrome if you want to use the extensions. As we’ve already pointed out, however, Kiwi has some great features of its own and is based on Google Chrome anyway.

5 tips to prevent security issues with your phone ►

8 tricks to strengthen your WhatsApp security ►

7 mistakes that put your internet security at risk ►

8 tricks to boost your security on Google Chrome ►

How to install Chrome extensions on Android using Yandex Browser

To install Android Chrome extensions using Yandex you need to download Yandex browser. Then open Yandex and go to the Chrome Web Store by typing chrome.gooogle.com/webstore into the address bar and hitting enter. All you have to do then is search for the Chrome extensions you want to use on your Android mobile and hit ADD TO CHROME.

Yandex offers an easier path for installing Chrome extensions on Android. It is very popular too and has a positive rating on the Google Play Store with over 1.5 million reviews.

Other options for installing Chrome extensions on Android

If you feel a little uneasy surfing the web on a lesser-known web browser, Yandex is developed by Яндекс, you might want to consider other options. Unfortunately, however, there aren’t any other reputable options out there. Kiwi and Yandex are the most trustworthy web browsers that allow you to install Chrome extensions on Android.

There could be good news on the horizon, however. Microsoft has recently taken the leap to Chromium too. The Microsoft Edge browser, which despite being well-reviewed never really achieved much success as an HTML independent browser, is currently being developed into a Chromium-based browser.

Unfortunately, however, at the time of writing, Microsoft has no plans to launch its Chromium-based version of Microsoft Edge on iOS or Android. If this situation changes, however, we’ll be sure to let you know how to install your Chrome extensions on Android and iPhone using the new Microsoft web browser.

As one of our main missions here at Softonic is to keep you safe when you’re online, we thought we’d raise the issue of the developers behind the apps we’ve mentioned. You can rest assured, however, that we wouldn’t have recommended them for this process if we weren’t sure that they were safe to use.

6 Chrome extensions to make you more productive at work ►

Be more productive with these 9 Chrome extensions ►

This is how to make Google Chrome more secure ►

How to save articles to read offline in Google Chrome ►