Google Chrome has risen through the browser hordes to become one of the most popular web browsers on the market due to its versatility, stability, and well-designed interface. One of Chrome’s best features is its add-on management. Chrome is widely used on Windows, Mac, Android, and IOS in place of the default browsers because it just works better in so many ways.

The Google Chrome store offers a virtual cornucopia of extensions for every whim and situation. Still, sometimes you’ll install an extension and, later on, find out that there’s a better one or that the one you’re using was the incorrect one.

How to remove Google Chrome extensions

What is an extension?

Extensions are mini-programs built into Chrome that exist to make your life better while browsing or working online. One of the most popular types of extension is an ad blocker which, well, blocks ads. Everyone hates to be interrupted on Youtube with two or three ads at a time or when you load into a news website and are greeted by hundreds of ads and pop-ups. These ad blockers remove intrusive ads and clear away that clutter.

There are also extensions for well-known websites (such as Grammarly), popular apps (such as Zoom), and even extensions that allow you to play games online (such as Farmville.)

Now let’s dive right into how you uninstall them.

The first thing to do is select the three dots in the top right-hand side of the screen, then scroll down to More Tools and select Extensions. 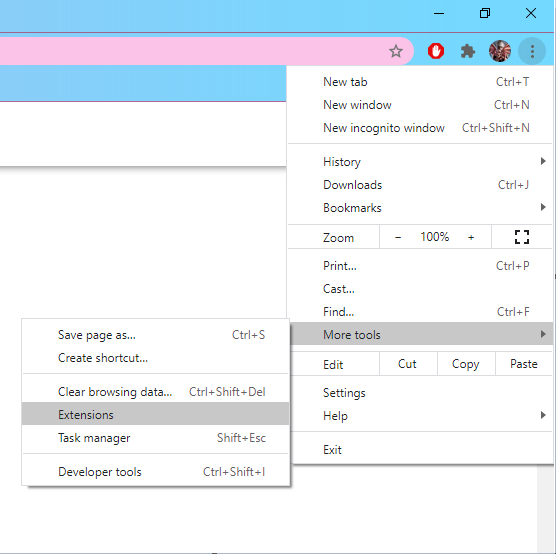 Find the extension that you want to remove and select Remove.

Select Remove again from the window that pops up, and you’re done! 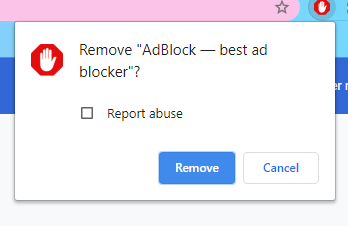 There’s nothing wrong with vanilla

While extensions can be beneficial in so many ways, they also tend to consume memory on your computer and clash with certain web pages and web-based apps. Luckily, removing them is a piece of cake, and it’s incredibly easy to default back down to the vanilla program. And, as we all know, there’s nothing wrong with a little vanilla.